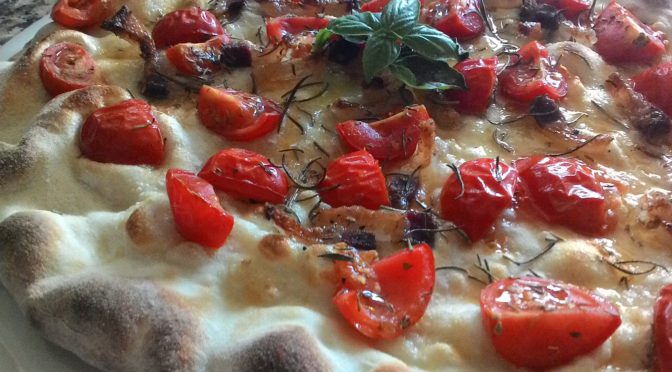 Focaccia with cherry tomatoes and seasoned Pillow. The Pig Pillow is a type of pork cut, It has within a few thin veins (muscle) with a fine fat component.

And 'different from the fat that comes from the back or from the bacon is fat belly. The size of the pillow is harder compared to the bacon, but its flavor is certainly more distinctive.

In the kitchen it is used to prepare many dishes, one of these is the Amatriciana.

Buy two slices of cured bacon, Privatel of its rind and cut into thin strips. This operation is well described in the video that follows below.

This is one of the easiest to prepare pizzas, so it is suitable for everyone. The secret?… A good pillow seasoned and well-ripened Pachino tomatoes that are not hard to come by.

Preparation of the ingredients

Separate the rind from the bacon slices and cut into thin strips.

In the laboratories of our School pizzaioli, This Week's Fabiano who came from Brazil to attend one of our professional courses. At the end of the course, Fabiano will open a Pizzeria in their country and called "Yummy". How about? A beautiful name, I suggested I.

During the course, Fabiano has prepared a dough with a strong flour (W300). We formed the balls, lying in the appropriate containers and stored in a refrigerator at 3 degrees centigrade for 36 hours. After the step of maturation, we reported at ambient temperature the mixture and patiently awaited the formation of leavening.

When the mixture has reached the perfect leavening we stretched to form the balls of dough disks with a diameter of 30 centimeters.

Mr. Fabiano has skillfully adjusted the cherry tomatoes evenly over the surface of the pizza, Finally he added the bacon into thin strips.

A pinch of salt, rosemary and away immediately in the oven at 300 degrees. After 3 minutes the cake is very ready to churn out. At this point, add a few leaves of fresh basil and ... we still have to taste this delicious cake that was not eaten in 30 seconds.

Do you love them our videos of pizza recipes? Visit our YouTube channel

Want to know more about the various cuts of pork? Visit wikipedia 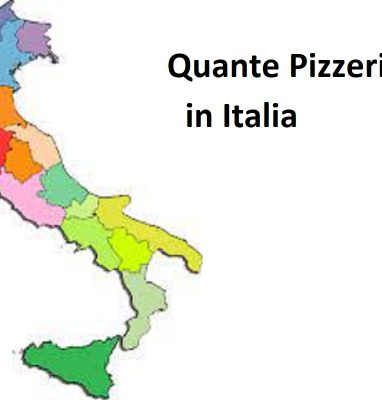