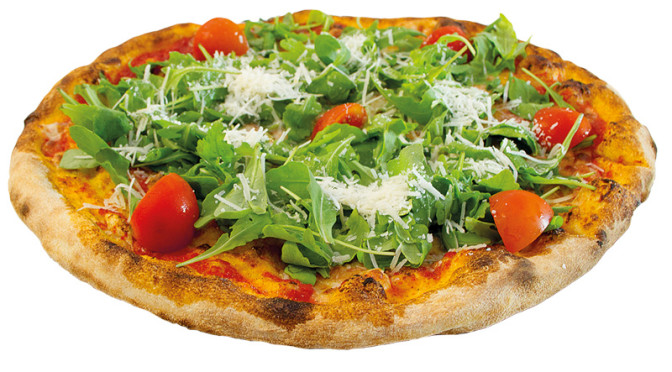 The Pizza Rucola. Only a few pages of the calendar to detach and I celebrate my first 40 years from the day when for the first time I baked a pizza in a wood oven. I would like to keep track of all the pizzas I have prepared, but. ... .it was possible, I lost my notes many years ago..

Arugula as an ingredient on pizza, is considered a "new" if we take into account dela long history of pizza from the time of Queen Margherita of Savoy today. Until 20 years ago nobody would have imagined that the rocket could become one of the most requested topping of pizza toppings, it is only by years 90 that has made an appearance on the menu of pizza on the peninsula.

It is since then that he began his triumphal march right up to modern times where every pizzeria in the world offers its rocket pizza combined with other ingredients. For all the curious who are wondering right now how is called the rocket in the US, UK Australia or many other parts of the world, the answer is "Rocket Salad”.

I explained in my previous article the big difference between the wild rocket and rocket salad and pizza joint, if you feel like you can deepen click here.

For those who are looking for the perfect pairing to prepare at home or in a pizzeria pizza with rocket, I have prepared a list of 25 pizzas with rocket Popular in Italy and around the world.

Raw arugula and parmesan cheese: module can be ordered anywhere in the world view of his popularity, It is prepared on the basis of a daisy, to which it is added once baked ham sliced, arugula and shaved Parmesan cheese are added.

Arugula and potatoes: Pizza tasty and delicate, the base is that of a pizza focaccia with potatoes, with addition of fresh arugula.

Arugula and shrimp: Based on a white pizza with mozzarella, They are added shrimp browned in a pan with a clove of garlic oil salt pepper and parsley, following is added to the rocket before being served.

Arugula and Parmesan bresaola: Bresaola as an alternative to ham, thus the basis of a daisy, bresaola sliced, arugula and parmesan cheese.

Rocket and stracchino: Excellent, stracchino cheese is a very delicate, then he manages to bring out all the qualities of the rocket. White pizza with mozzarella and stracchino, cooked you add the arugula.

Mozzarella and arugula: The simplest, but for this one of the most requests, white base with mozzarella and cooked, add the arugula.

Rocket and salmon: A feast for the eyes and the palate, prepared on the basis of a white pizza with mozzarella, just cooked you add the arugula and smoked salmon, cut into small pieces.

Other pizza with rocket:

Focaccia with ham and arugula:

If you want to know more about rocket, you can consult wikipedia.

How do you prepare the pizza with arugula at home? Give your recipe in the comments section of this page. 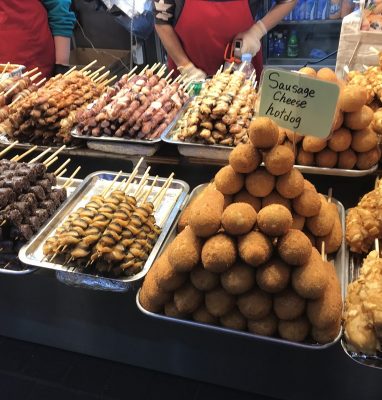