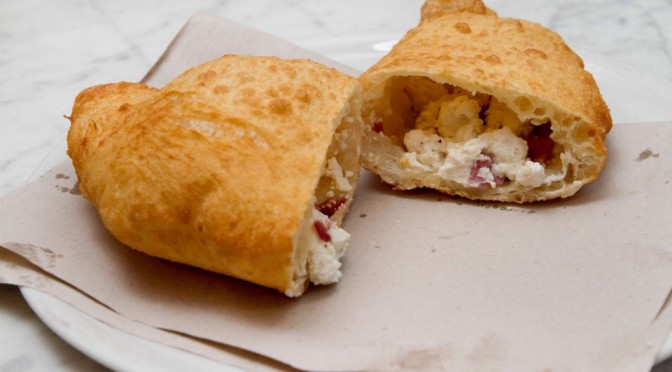 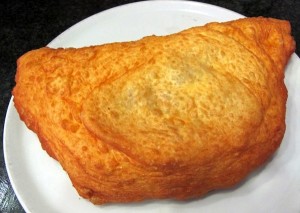 In questo articolo vi introdurrò la pizza fritta-ricetta e preparazione. La pizza fritta è largamente diffusa in tutto il sud Italia, it seems that in every region takes a name and a filling different!! The origins of fried pizza dates back to World War II, when the streets of Naples women frying the simple pizza dough, but without any filling or seasoning. Considered a variant of the classic pizza poorest, with the passage of time was filled in different ways, until you get to today's recipe, which provides a delicious filling of ricotta cheese and salami. The pizza dough fried, quite similar to that of classical Neapolitan pizza, discs of dough are filled with ricotta, pepper and bits of fat or lard. In some regions is planned to be used smoked cheese, or buffalo mozzarella. The discs of dough are stuffed, folded crescent like a calzone, and fried in boiling seed oil until the browning. Today the most popular and classic pizza fries is undoubtedly stuffed with ricotta cheese and salami.

The Fried Pizza Recipe and Preparation 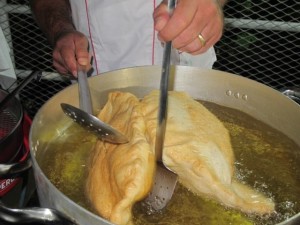 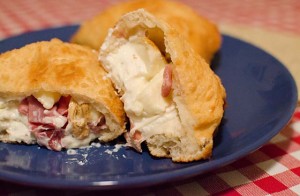 The Strength Of Flour Discover The Differences
Online Course
Free course of Pizzaiolo Online. Read Articles, run the test online and download your certificate of participation.