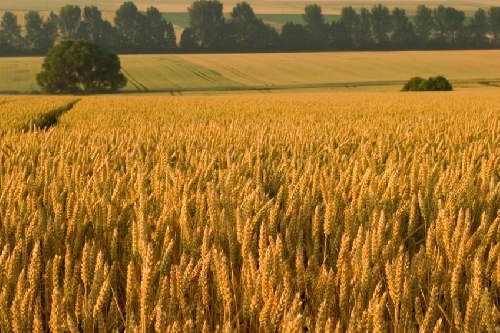 Manitoba flour. Flour Manitoba comes from the regions of North America and Canada, in the lands that once belonged to the tribes of Indians. It is a strong flour, that contains a large percentage of protein (until the 18%) and it has a remarkable ability to absorb water (up to 80% of its weight). It is used to increase the strength of flour generally, especially to produce specialty breads and pizza.E’ a wheat flour (Tricia summer) semi-hard, famous for its high content of glutenin and gliadin, substances which upon contact with water, giving origin to gluten, a protein that traps gases during the leavening process and allows “growth” the mixes forming the typical bubbles that are the structure of the bread, pizza and all leavened products.

Flour Manitoba Use and Ownership

Each type of flour contains gluten, and when it is mixed with the water it acquires a certain level of force (The) and it is this feature that distinguishes the different flours and ranges from <90W up to a 370W.

Flour Manitoba Use and Ownership

Flour Manitoba is perfect as a base for sweet pastry long rising high in fat as panettone, PANDORI, dove, while the weaker flours which possess a smaller amount of gluten is sgonfierebbero under the weight of the fat content.
The Manitoba flour is used exclusively in the form 00 that is a very fine grind, it favors the digestion and absorption, but everything at the expense of the glycemic and insulin.
Contrary to what you may think, then, not the Manitoba flour to make you fat, but are foods for which is used: Panettone, PANDORI, donuts, dove, growing.
Flour Manitoba Uses and properties in the dough for pizza.
The flour Manitoba, usually it is mixed to weaker flours when making dough long rising(24-48 hours) with very little yeast, which results in a pizza digestible, soft and crispy at the same time.

2 thoughts on “Flour Manitoba Use and Ownership”

If you stick potatoes to the pan, use these remedies
Online Course
Free course of Pizzaiolo Online. Read Articles, run the test online and download your certificate of participation.